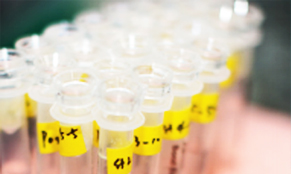 The Forensic Toxicology Division performs analysis on medicines, poisons, adulterated foods, narcotics and hallucinogenic and/or harmful chemicals in various biological samples and on-site evidence related to identification of the cause of death and examination on regulated substances. In addition, it is operating an international credibility accreditation business as an internationally accredited proficiency management and standard substance manufacturing organization and coping with the rapidly changing crime environment through R&D such as narcotics profiling, etc.

The Forensic Toxicology Lab is responsible for analysis and research on identification and quantification tests of poisonous drugs for identification of the cause of death for autopsy biological samples including blood and stomach contents collected from various death cases, such as drug poisoning, misuse, medical and medicine accidents, suicide, homicide, etc., forensic toxicology review on drug interactions, medicine redistribution after death, etc., confirmation of components of medicines, illicit medicines, natural products (herbal medicines, herbal medicine extracts), quasi-drugs and cosmetics, presence of harmful substances, and harmfulness of substances. In addition, the laboratory built a database for poisonous drugs in biological samples by LC/MS/MS and conducts research on new analysis techniques using advanced analytical equipment such as Q-TOFMS, ICP/MS, etc., and forensic toxicological research such as toxicity and metabolism of poisonous drugs.

The Poisonous Substance Research Lab performs the development of analysis methods and analysis services on various types of toxicants and toxins by using high-tech analysis equipment including GC, GC/MS, HPLC, FT/IR, QTRAP-LC/MS, and UPLC-QTOF/MS. For suicide and homicide cases, the laboratory carries out analysis for detection of cyanides, pesticides, solvents and rodenticides as well as toxins including Aconitum carmichaeli Debeaux, mushrooms, Nerium oleander, and Rhododendron brachycarpum not only in autopsy biological samples but also in dead fishes, birds, livestock, and crop damage. In addition, its service area has been expanding into the clinical toxicology field including analysis services closely related to public safety such as examination on the use of drugs through analysis of biological samples (urine, blood, etc.) of victims of drug-facilitated crimes (e.g., sexual assault, robbery, etc.), monitoring of testosterone of persons under drug treatment for sexual impulse, evaluation of the use of offsetting drugs, and evaluation of treatment drugs for persons who completed the treatment as well as government employees drug screening.

In the field of forensic science, hair was mainly used for the identification of individuals and heavy metal poisoning, but since the 1980s, it has been actively used for drug investigations along with urine as important evidence of drug use. Unlike urine, hair can identify long-term drug use, and drug use timing can also be estimated through segmentation analysis, which accounts for the largest portion of services in the narcotics field. In 1993, the laboratory established the methamphetamine detection method in hair for the first time in South Korea. Since that time, the laboratory established analytical methods for various drugs and has been implementing analyses. In 2009, it began to analyze marijuana, and since then, has been performing analysis on opium, cocaine, and benzodiazepines in sequence, and developed analytical methods for propofol, an anesthetic, in hair in 2012 for the first time in the world. In 2013, the laboratory established a method for analyzing synthetic hemp, known as a herbal drug and a method for analyzing GHB in hair, which is used for abuse and rape, in 2014. As a result of continuous development of analysis methods, about 100 kinds of drugs can currently be analyzed in hair.

The Narcotics Research Lab analyzes drugs regulated by law on the management of narcotics such as methamphetamine, marijuana, morphine, and cocaine in biological samples such as urine and blood of narcotics users and confiscated goods, mainly requested by police and prosecutors. In the case of urine, whether or not narcotics were used is determined by the identification experiments with GC/MS and LC/MS/MS after a preliminary experiment by immunoassay. For identification experiments of psychotropic medicines such as methamphetamine, narcotics such as heroin, etc., and marijuana, precipitation reaction, color reaction, TLC, and GC/MS are used for analysis. To identify the chemical structure of newly emerging narcotic drugs, Q-TOF/MS and NMR are used. Additionally, the laboratory analyzes hallucinogenic organic solvents such as toluene contained in bond, cork, and varnish, methyl alcohol, and ethyl acetate and hallucinogenic gases such as butane, which is a component of portable butane gas, and propane. Moreover, it determines inhalation of these substances by analyzing the urine and blood collected from the person inhaling them.
Moreover, the Narcotics Research Lab has contributed to rapid investigation and protection of human rights of suspects by constructing a one-step notification system for the preliminary experiment result on narcotics as part of scientific investigation support activities for the police and developing a rapid analysis processing method that notifies the urine result of the drug user within 2 hours to the police via text messages. Particularly, it performs profiling for methamphetamine with a high abuse rate in order to figure out the coidentity among samples and manufacturing methods by analyzing the impurities mixed in the evidence requested. 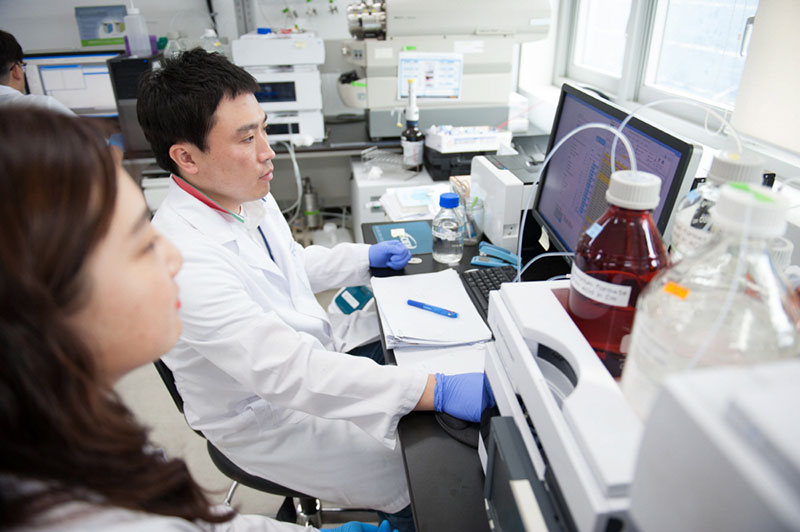 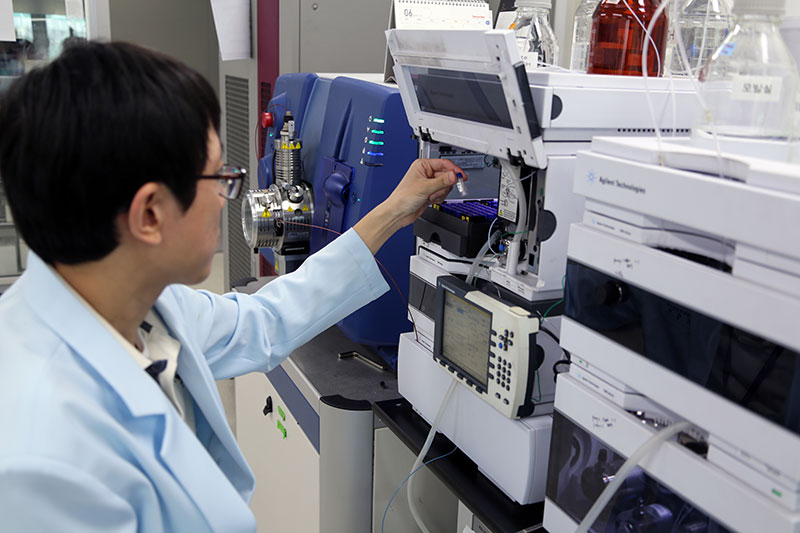 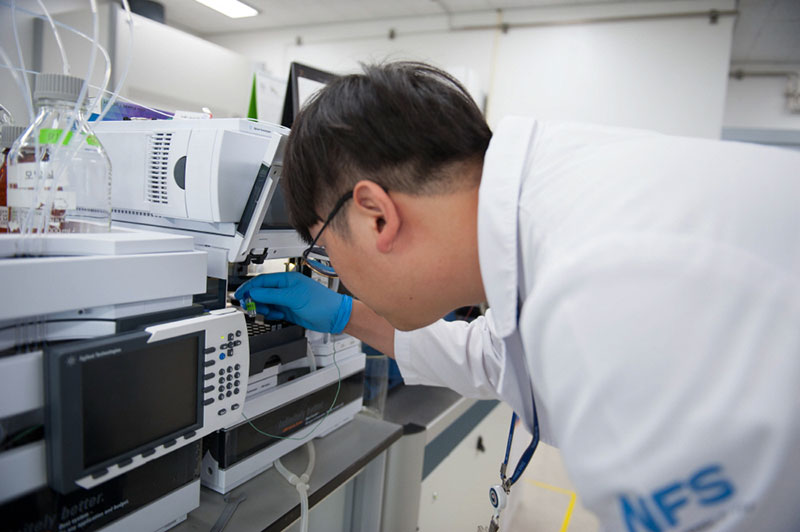 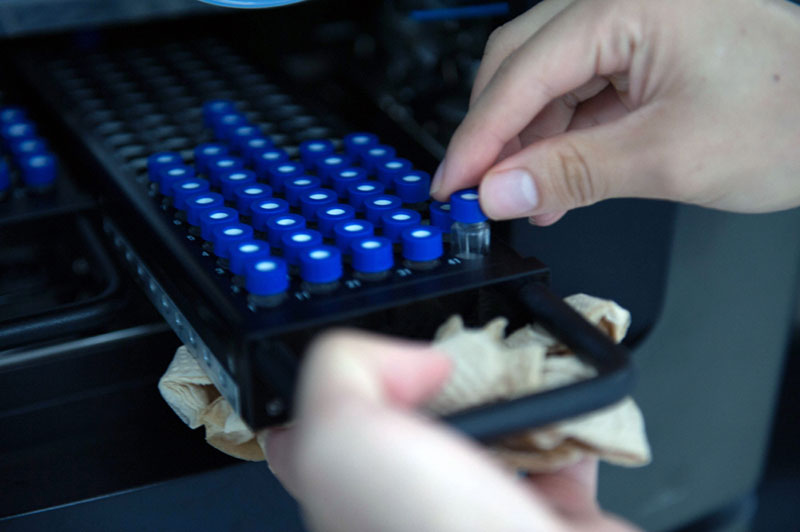 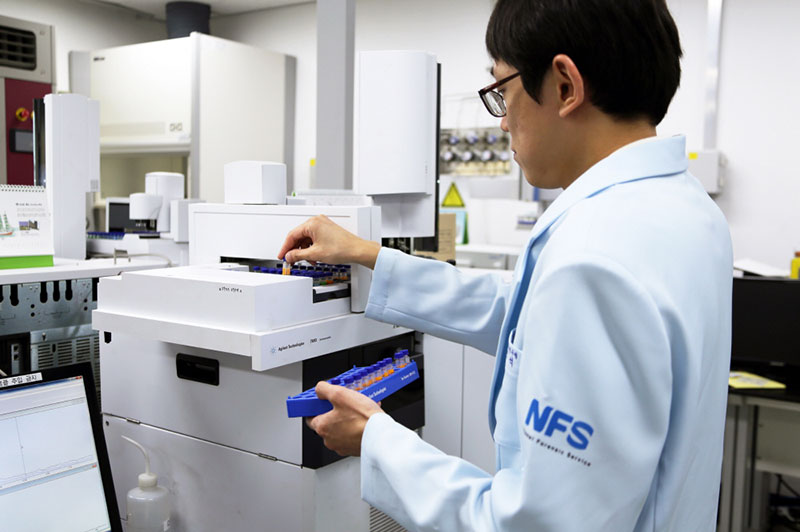 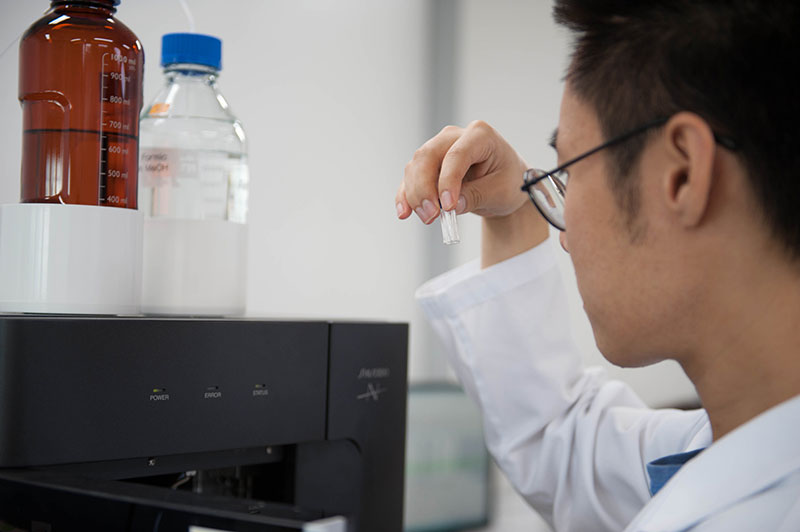 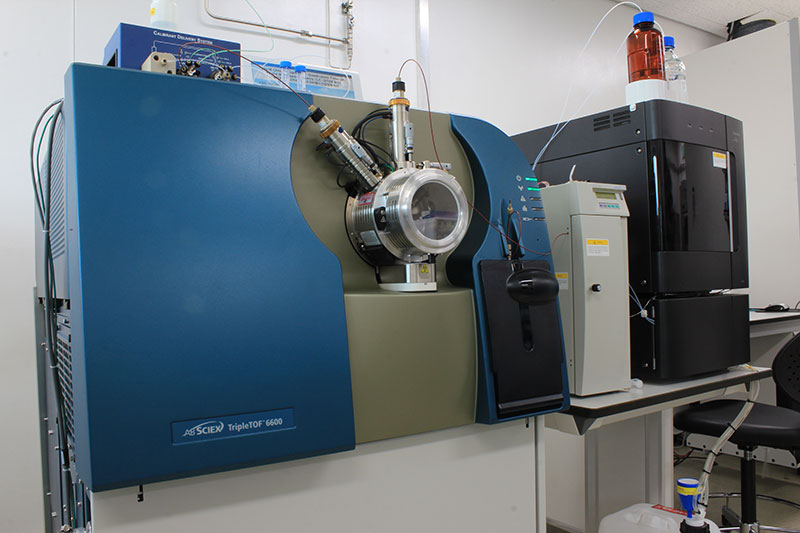 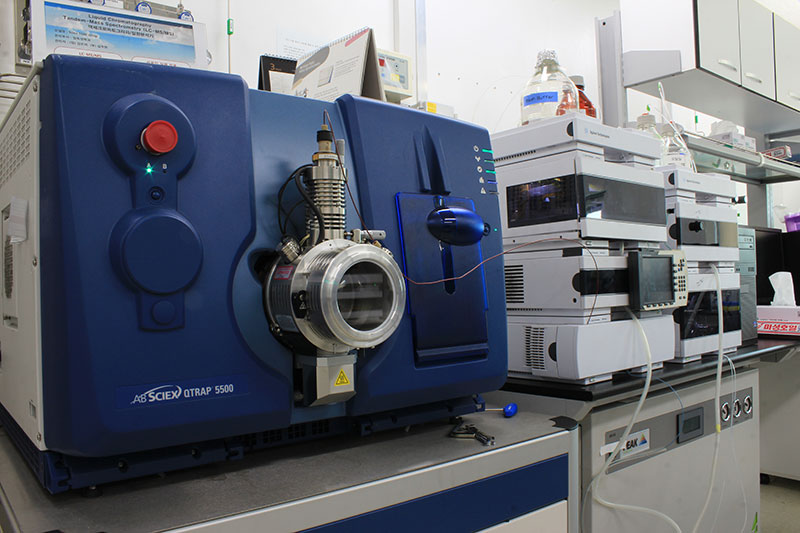 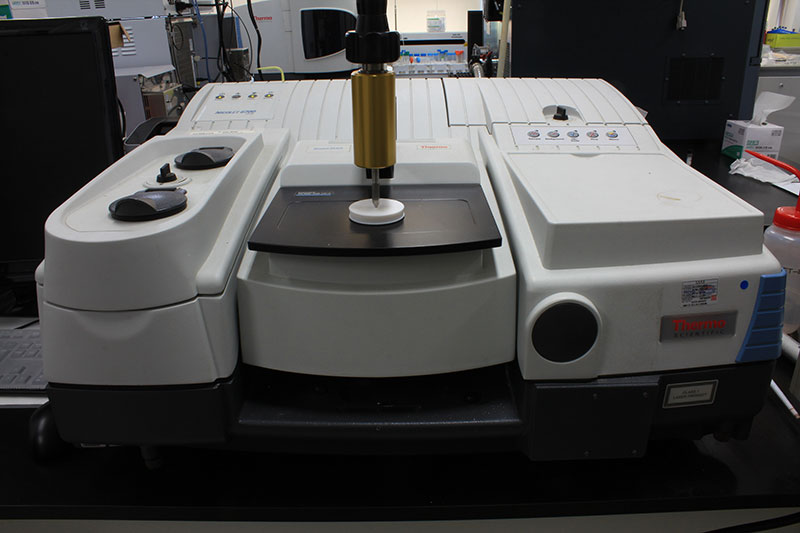 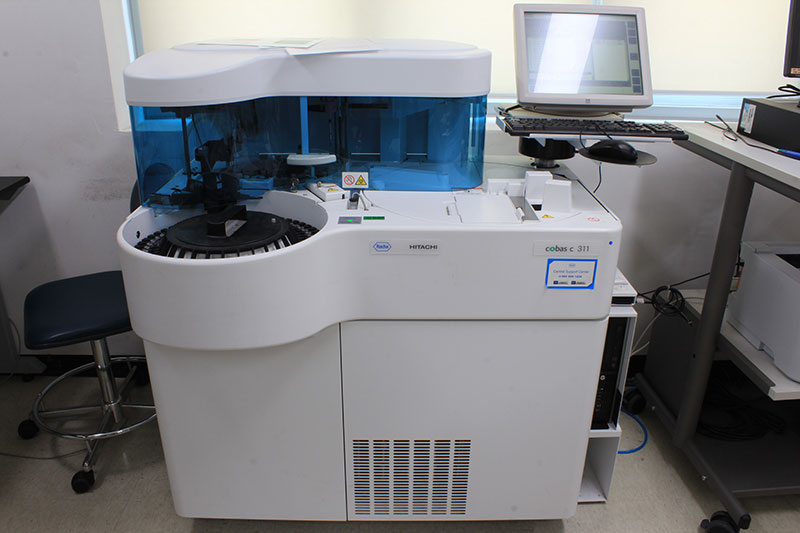 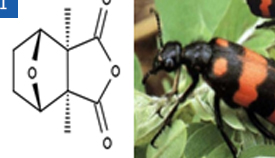